Over recent weeks the team have set about re-imagining the existing, rather tired garden – re-planting the beds to take on a distinctly native flavour with drought tolerant, low maintenance, native plants chosen to reflect the colours of the Aboriginal flag.

In addition, the main curved garden bed has been replanted in a way that will accentuate its snake-like characteristics as it matures.

East Gippsland Water’s Managing Director, Steve McKenzie, said, “The revitalised, strongly native theme of the garden is a real tribute to the creativity and hard work put in by everyone involved.

“The way the garden looks now is already a vast improvement on what was there before and it promises to look fantastic as the various plantings establish and grow into their surroundings.” 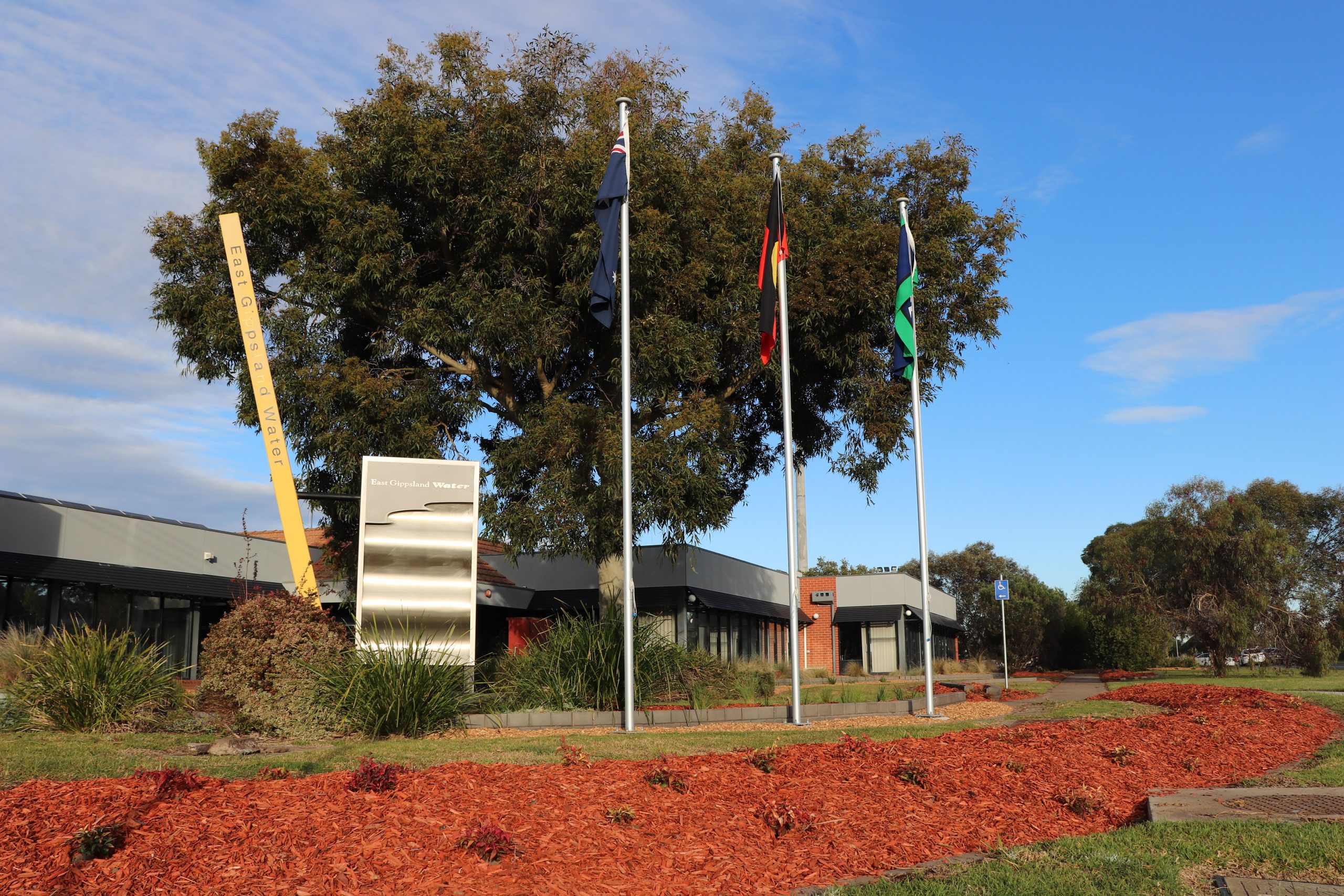