Johnsonville local reflects on adventures of the job

Beginning his water meter reading career in the 1990s for the Tambo Water Board, John has had some amazing adventures in remote areas of East Gippsland.

In the early days of this essential service, meter readers were required to carry quite heavy books with them house-to-house, manually ticking off each property and writing in each water usage total.

In what would be a modern-day OH&S nightmare, in those early days of the “bush runs”, John would ride in the back of a ute, jumping on and off to read meters in different locations.

Remembering fondly the times when personal safety wasn’t a huge priority, John tells the story of reaching a particularly difficult water meter by tying a rope to a vehicle and crudely abseiling down the bank into a gully, before using the rope to pull himself up again.

“Some of the stories I have would get someone sued these days,” he laughed.

But what about the camel kiss? In fact, the whole story revolves around the former Kinkuna Country fun park in Lakes Entrance.

The water meter at Kinkuna Country was located at the top of the hill. When it was time to read the water meter, the owner of the park would pop John on a toboggan and have him towed up. When he reached the top, John would simply “roll off” the toboggan and read the meter. Of course, when he had recorded the meter reading, John would then hitch a ride back down again on a toboggan. Not a bad work perk!

However, one afternoon while up the top of the hill after reading the meter, John stopped to admire the view. The next thing he knew, he felt a warm, slimy, wet lick in his ear. Clearly shocked, John spun around to find a “foot-long tongue” of a friendly camel licking his ear! Needless to say, John quickly jumped back on the toboggan and whizzed back down the hill.

Snakes have also been somewhat of an occupational hazard for John, he remembers finding a “six-foot snake” curled up under a meter cover one day. But most times the snakes are just sightings, he’s only had one suspected snake bite once in 26 years.

He does however recall being bitten by bull-ants at Eastern Beach and booted by more electric fences than he cares to remember.

As would be expected, John also has a few stories about the friendly and not-so-friendly canines he encountered on properties during the past 26 years.

“I’ve found over the years that most dogs are like their owners,” he reminisced. “The dogs who are friendly seem to have friendly owners, but the others…well…”

A pit-bull terrier at Bruthen would be friendly enough to let people inside the property, but not out again. John recalls a story where an electricity meter reader was stuck inside the property with the terrier for four hours, waiting for the owner to come home from the pub to free him.

John also had a blue heeler in Metung who lunged at him, sinking his teeth into his steel-capped boot; and two St Bernards at Sarsfield attacked John and a colleague, requiring them to arm themselves with shovels to escape the property unscathed.

Aside from the clear animal theme, John identifies one of the most difficult challenges for him during his 26 years was adjusting to computerisation. Although John does acknowledge that after considerable training and patient teachers, his job was made a lot easier with the introduction of computers.

While things may have changed, John still enjoys the challenge and the exercise his job provides keeps him active and social. He’s not ready to retire just yet!

Inspired to become a meter reader? East Gippsland Water currently has a vacancy for a casual meter reader in East Gippsland. Details are available on the website at www.egwater.vic.gov.au. Applications close Wednesday, 9 November 2022. 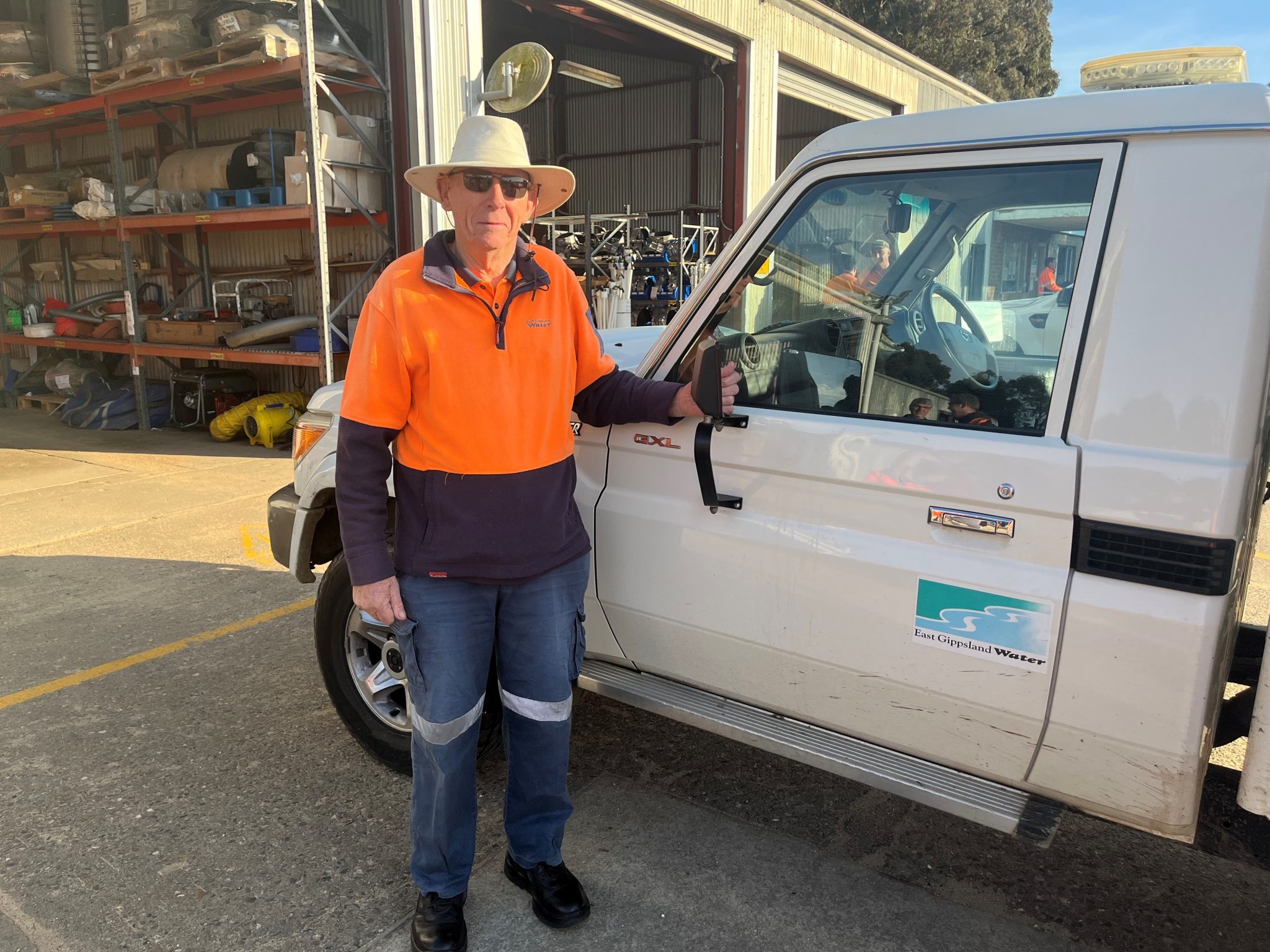 Johnsonville local reflects on adventures of the job (PDF 248KB)